In my last post, I referred to a lioness and her three cubs that we saw on our first night game drive. The following is the story that unfolded the next morning, featuring this particular lioness and cubs.

It appears that this lioness was trespassing into another territory, which is a real No-No unless you want to be killed. She was most likely taking this risk so she could find food for herself and her cubs.

On our morning drive on Thursday, we encountered this lioness and her cubs, just when they were discovered by the lions that ruled that territory. Suddenly, the cubs looked afraid and began to run away, and the mother followed them. Shortly after they ran away, along came a male lion…walking, but clearly in pursuit.

Wilson, our Guide, explained what was happening. (I might not get the story completely accurate, but it is the gist of what was going on.) To explain it to you, I will compare it to a Safari Soap Opera. The cast of characters:

Lucy and her cubs moved onto Thor, Leo and Sabina’s territory in search of food. She was not welcome there. Thor and Sabina were a couple. In the world of lions, male lions only want their own cubs in their territory, not someone else’s. They kill the cubs of another lion and mate with the lioness to make their own cubs. So in Thor’s mind, the cubs had to go. They were not part of his pride. He wanted to kill the cubs. When we happened upon the scene, the cubs saw (or smelled) Thor coming after them and they ran away. Lucy saw the same thing and ran with her cubs. But Thor was close on their heels.

We tried to move our jeeps to keep up with them and in the meantime, we heard loud roars and growls from multiple lions fighting. We finally found them, and it was clear that the cubs had run and hid, but Lucy remained to face Thor and Sabina. They were all laying down and resting. Lucy was bleeding from the mouth. Thor was also injured, but they all stayed alert while resting.

Suddenly, Thor and Sabina got up to face off with Lucy. They surrounded her – Lucy was fighting for her life. Then, Leo came into the picture. I don’t know if he wanted to fight for Lucy so he could mate with her or what, but he and his brother fought violently for a brief time. Then, they all quit fighting. Thor and Sabina moved away and flopped down on the ground to rest. Leo laid down with Lucy, but she was not exactly welcoming.

Lucy was safe with Leo (I think, and I hope!). As for the cubs…we hope that they hid well.

Life is rough in the wilderness! 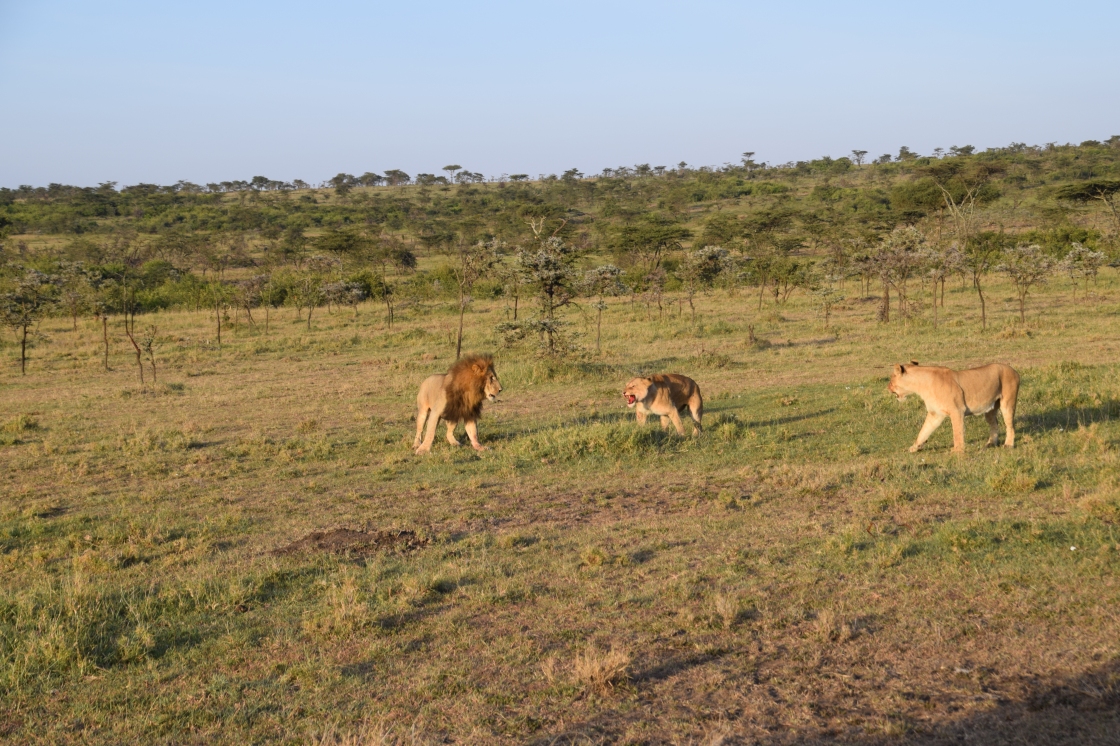 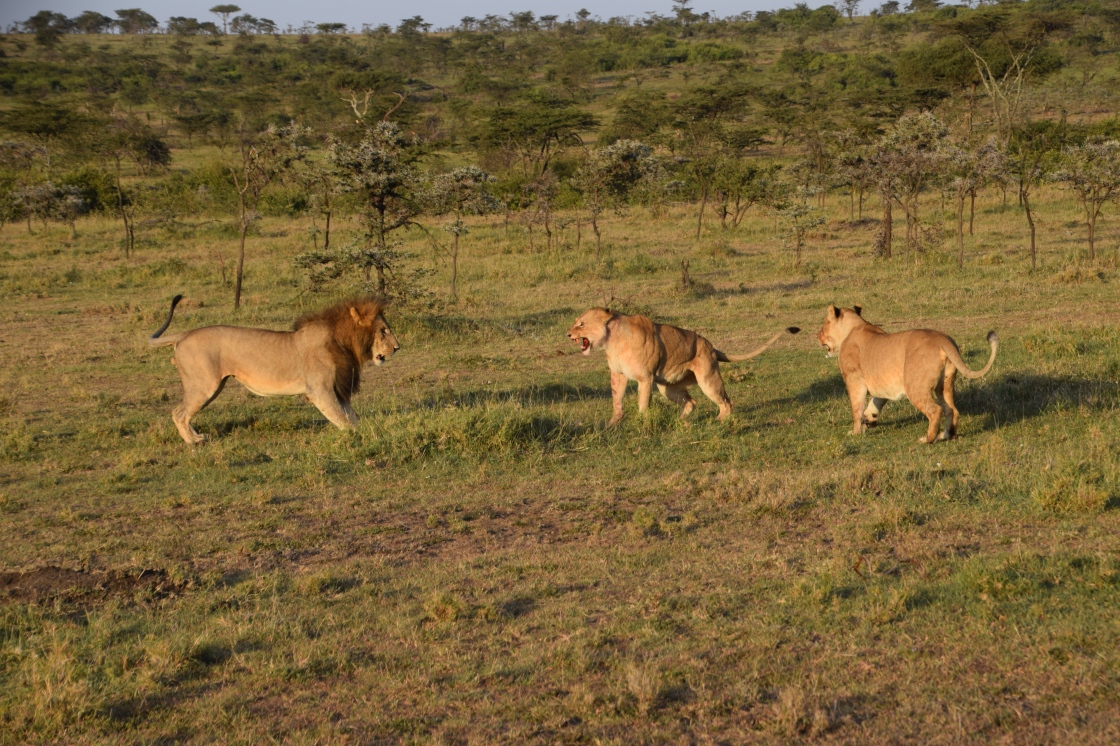 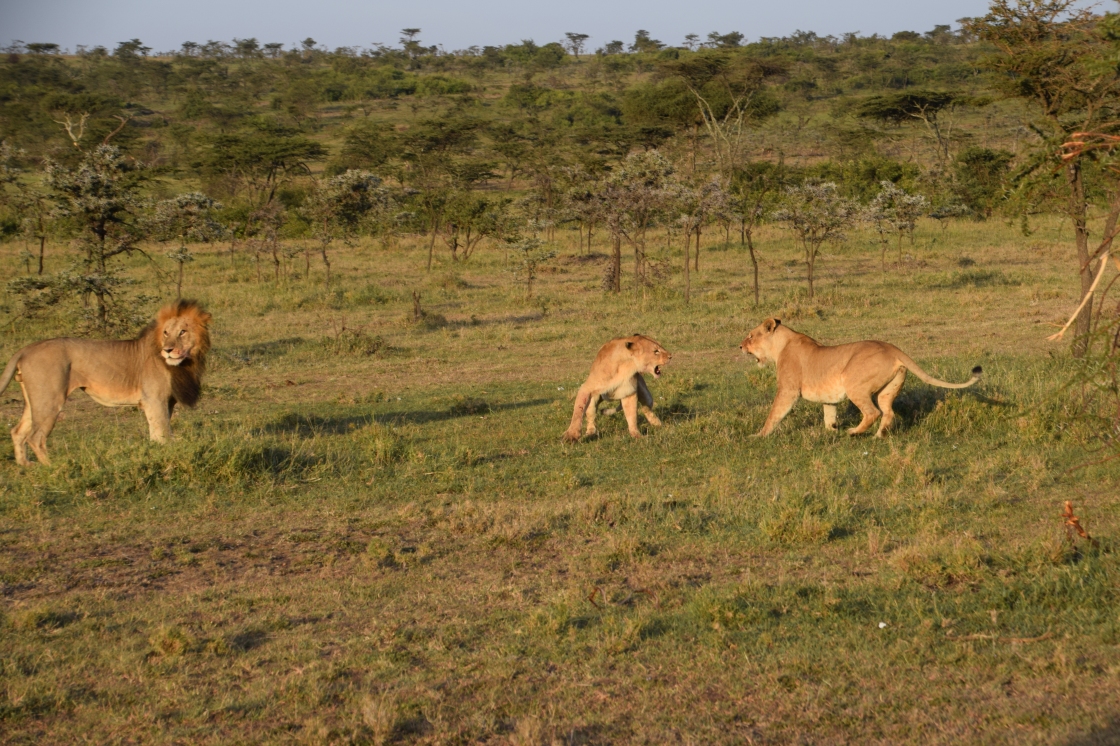 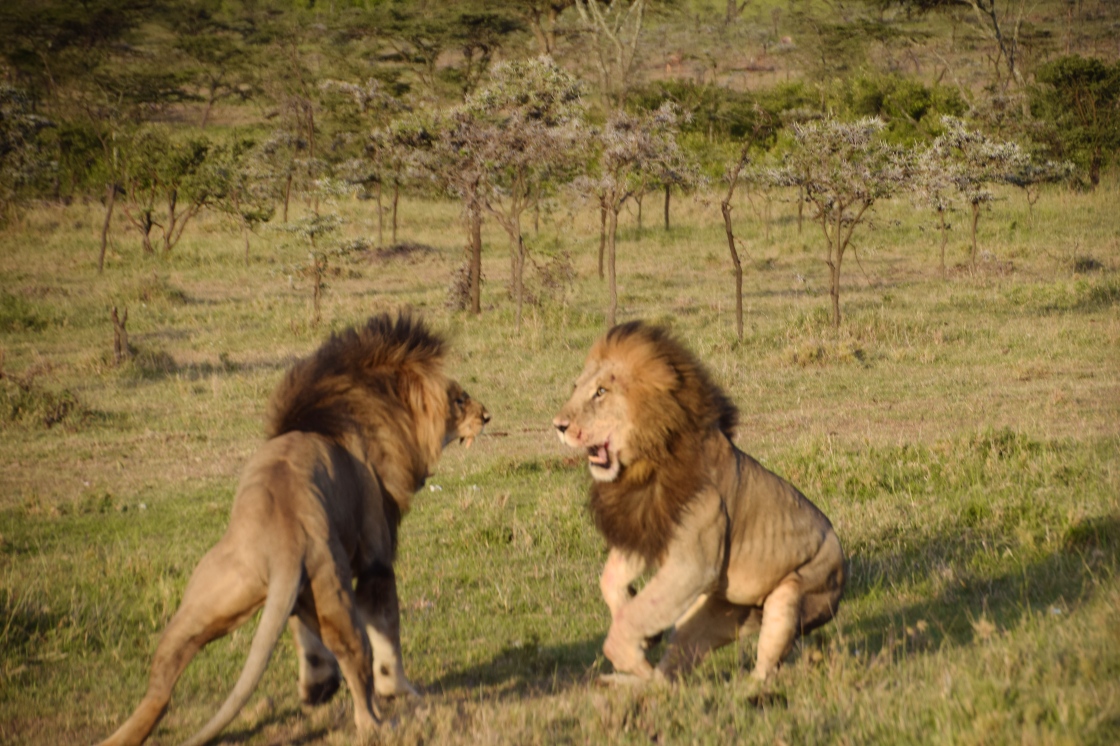 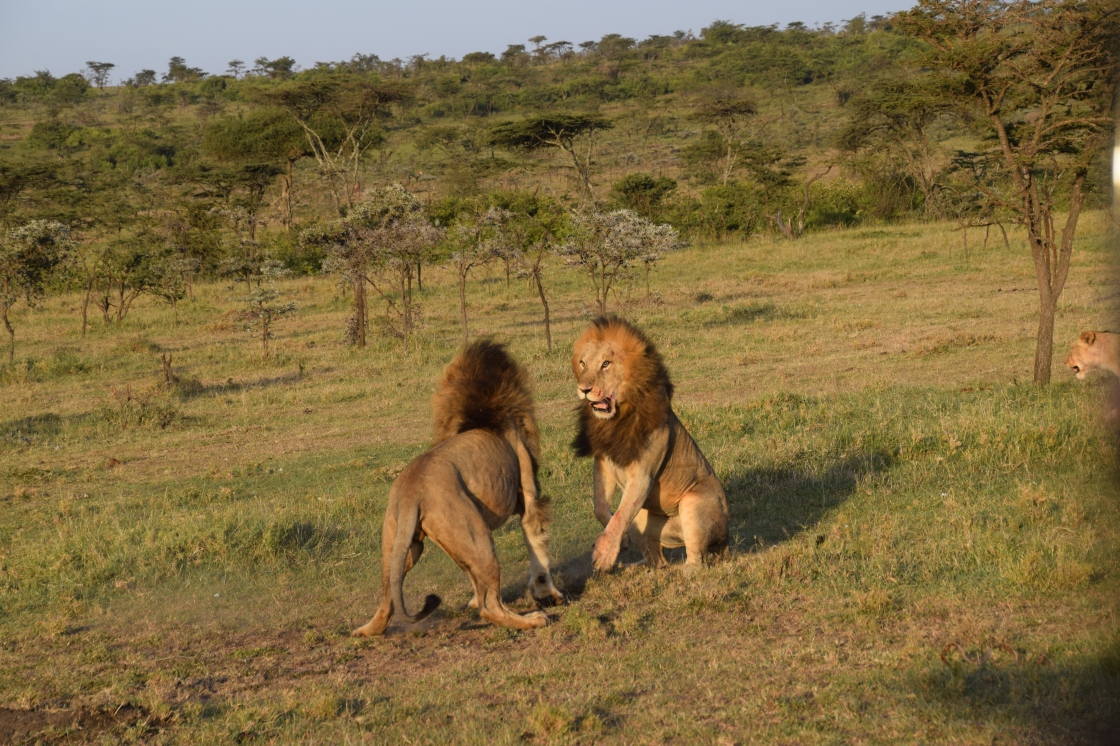 Video of the “Cat Fight.” Click on the video and it should right itself and not be sideways.

One thought on “Safari Drama”